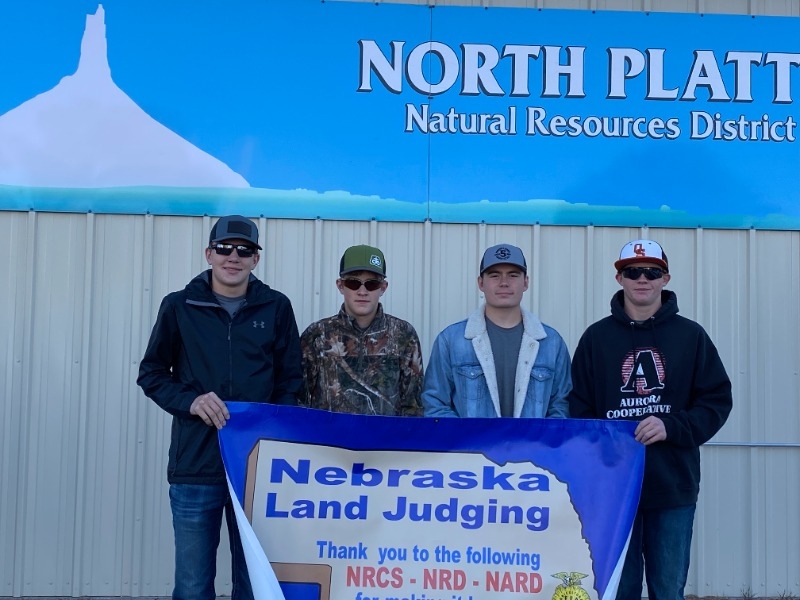 State Land Judging took place on October 19th in Banner County, Nebraska.  Zach Miller, Lane Farrall, Ben Janzen, and Cash Parrish started the day at the North Platte NRD office in Scottsbluff.  After a brief meeting, they were then taken to a cornfield just inside Banner County, where they were to judge 4 holes and give recommendations on land treatments.  Their treatments were then scored to give them a ranking.  Sophomore Zach Miller received a red ribbon for placing 29th.  Freshman Lane Farrell and Junior Ben Janzen received pink ribbons for placing 52nd and 53rd respectively.  Freshman Cash Parrish placed 102nd.  While the team placed 18th, they were only 117 points away from qualifying for Nationals.  Once a team competes at Nationals they cannot compete on the district and state level again.

While competing was the main goal for the students, they also took time to stretch their legs and explore Scottsbluff National Monument, Chimney Rock, as well as the lookout point at Lake McConaughy.

Be sure to click the images and scroll through all the pictures.