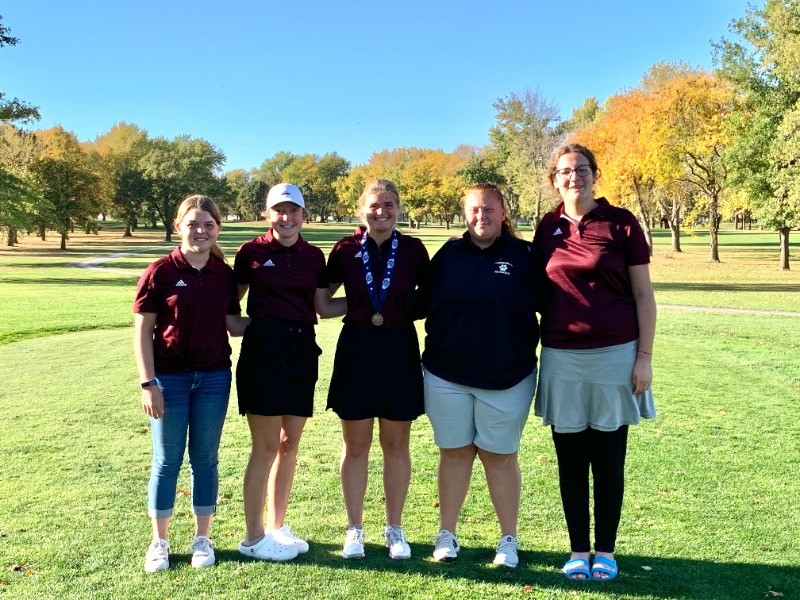 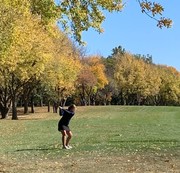 The Huskie lady golf team traveled to the Class C State Golf Tournament for the first time in school history.  The team consisted of seniors, Josie McCormick and Maddie Miller, junior, Elizabeth Mestl, and sophomores, Lilly Carr, and Ruby Kliewer.  The two day tournament was held at the Elks Country Club in Columbus with fifteen teams and a total of 94 girls participating. After being in striking distance of second place, the Huskies placed fourth with a team score of 787, two strokes behind third place West Point-Beemer and only nine strokes out of second place.  Broken Bow placed first with a team score of 732 and Lincoln Christian held onto second place with a score of 778. Heartland's, Elizabeth Mestl, placed fifth individually with two rounds of 82 for a tournament score of 164. Senior Maddie Miller had a two day score of 187 placing 19th individually, Josie McCormick fired a personal best round of 100 on day one and 109 on day two for a 209 total that resulted in a tie for 47th place, Ruby Kliewer shot a 115 on day one and had a personal best round on day two with a 112. Lilly Carr shot a second day score of 138 rounding out the Heartland team. Finishing fourth in their first team trip to state was a very exciting finish.  The Huskies have three of the five team members returning next season and anticipate a return trip to state. The girls really worked well together and put in extra time on the course.  During their season they broke school records as a team and individually.  The top ten teams at Class C State golf were 1.Broken Bow 732; 2.Lincoln Christian 778; 3.West Point-Beemer 785; 4.Heartland 787; 5.Minden 789; 6.Lincoln Lutheran 790; 7.Valentine 793; 8.Boone Central 794; 9.Columbus Scotus 801; 10.Battle Creek 822