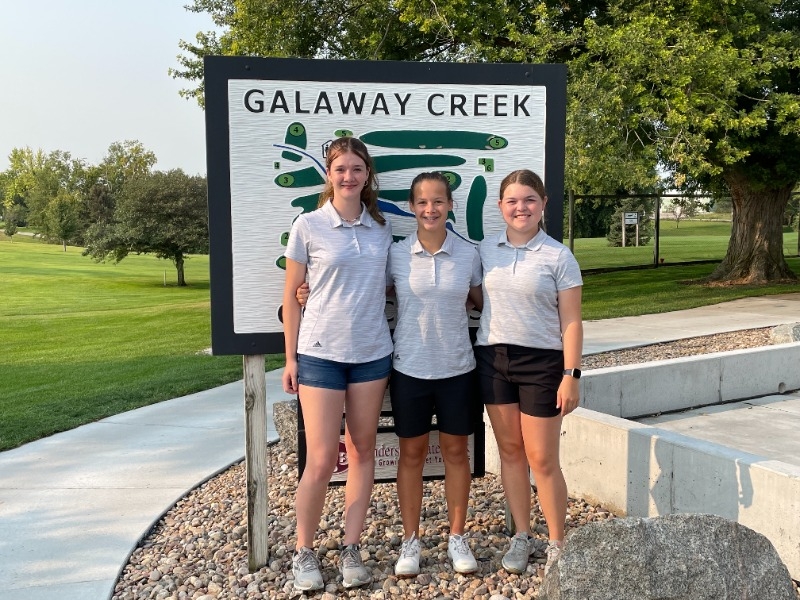 Heartland hosted an invite on September 8 at Galaway Creek Golf Course. The Huskies took home two medals with Mia Hiebner shooting an 88 and placing third and Ruby Kliewer shooting a 94 and placing 5th. Haley Blackstone from Superior placed 1st with an 87 after winning a two hole playoff against Superior's Rayne Biltoft who placed 2nd. Superior's team also took home the first place honor with a team score of 384.  Fullerton's team placed 2nd with a team score of 416 and Grand Island Northwest's JV team placed 3rd with a team score of 491. Other teams competing were Exeter-Milligan, Sutton, Superior, and Tri County. Next week the Huskies are on the road as they travel to Fairbury on Monday and Geneva on Tuesday. Good luck!