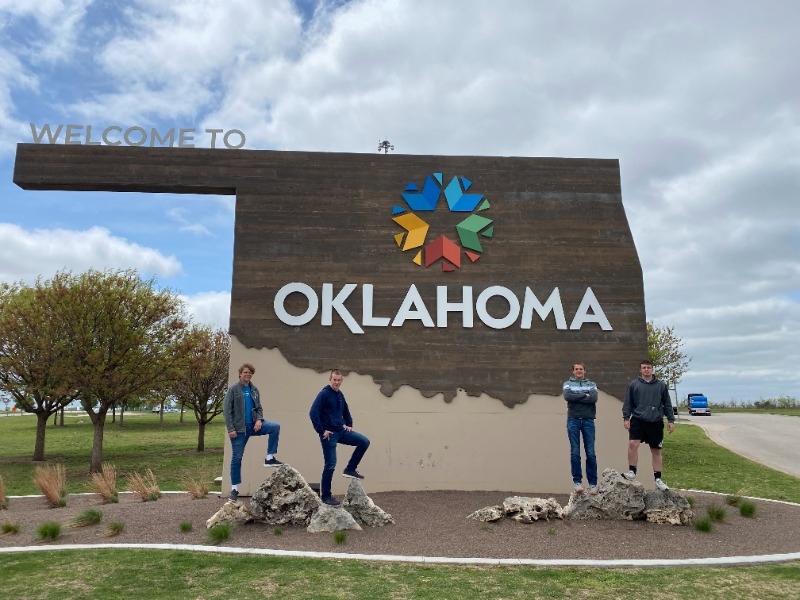 Recently, the Heartland FFA Land Judging team competed in National Land Judging in
Oklahoma City, Oklahoma. They earned the right to attend Nationals by receiving 3rd in State
back in October. Team members (Alex Goertzen, Mason Hiebner, Tyler Lewis, and Carson Ott)
have been studying throughout the spring for this contest. They left on May 3rd, so that they
could utilize the days leading up to the contest to study the different soils in Oklahoma. Six
practice sites were set up at Arcadia Lake where Oklahoma Soil Scientists were stationed to
help teach the contestants about the competition. The National competition has some unique
differences between the nation and Nebraska. Contestants had to observe the texture of the
topsoil and subsoil. They had to figure out the slope and erosion of the land, as well as the
depth of the soil. From there they had to identify the correct soil permeability, and water runoff.
These items allow the contestants to identify a specific land classification. Knowing the land
classification allows landowners to accurately manage their soils, so as to conserve their topsoil.
One hundred teams, representing 34 states, weathered the storms and rain that come through
Oklahoma in the spring. The National competition took place on Thursday, May 5th. The
competition was postponed an hour due to a weather delay. That along with storms the night
before the contest caused the contest conditions to be extremely wet. Heartland’s team took
top Nebraska honors by placing 26th in the nation, only 37 points out of the top 10. Overall,
there were over 389 contestants. Heartland’s team consisted of four seniors: Alex Goertzen -
38th, Tyler Lewis - 98th, Mason Hiebner - 157th, and Carson Ott - 184th.
The Heartland seniors also had the opportunity to do some sightseeing while in
Oklahoma. They toured the Oklahoma City Memorial, where they learned of the tragedy that
happened in 1995. Members also attended the National Western Heritage museum, where they
were able to learn more about the history of the west.