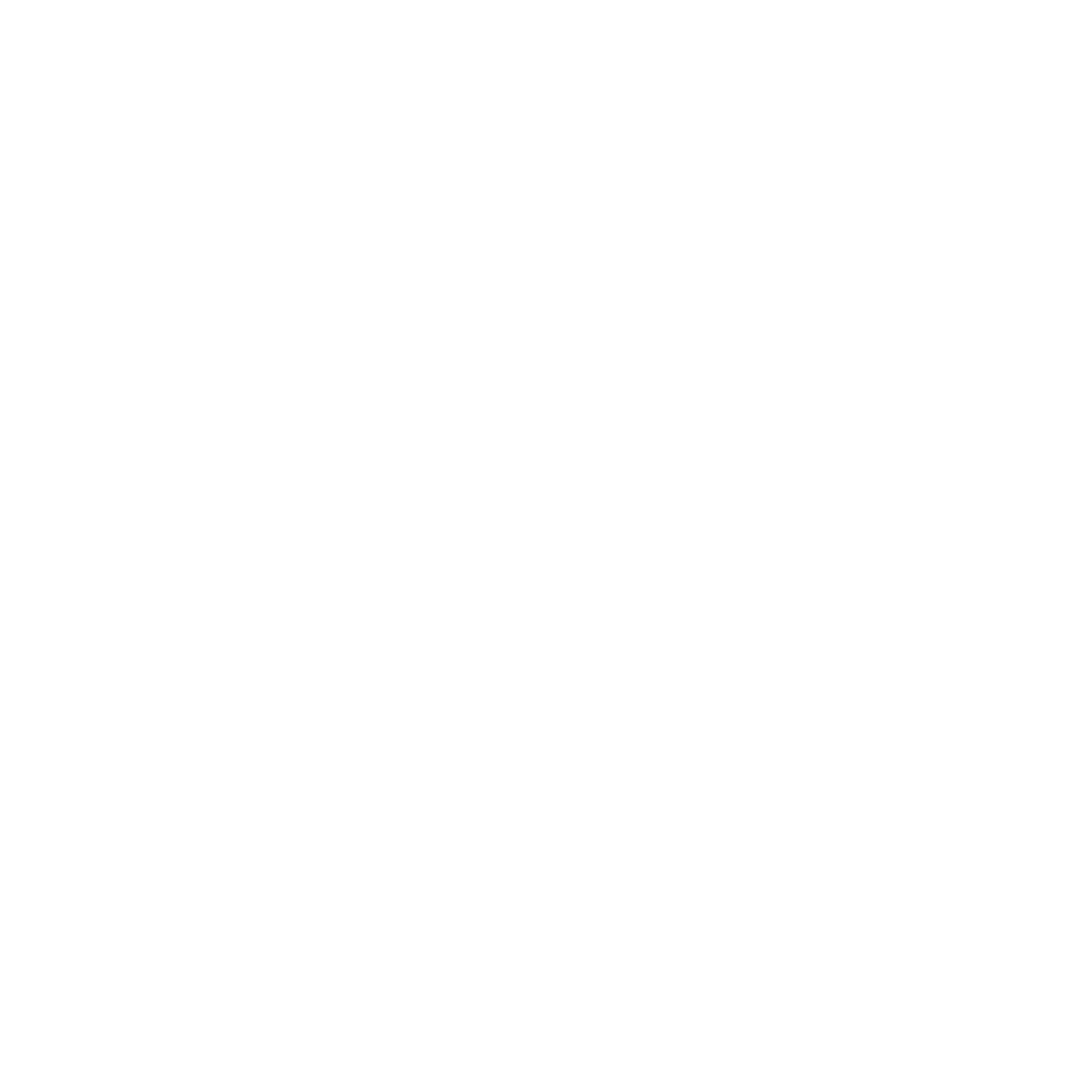 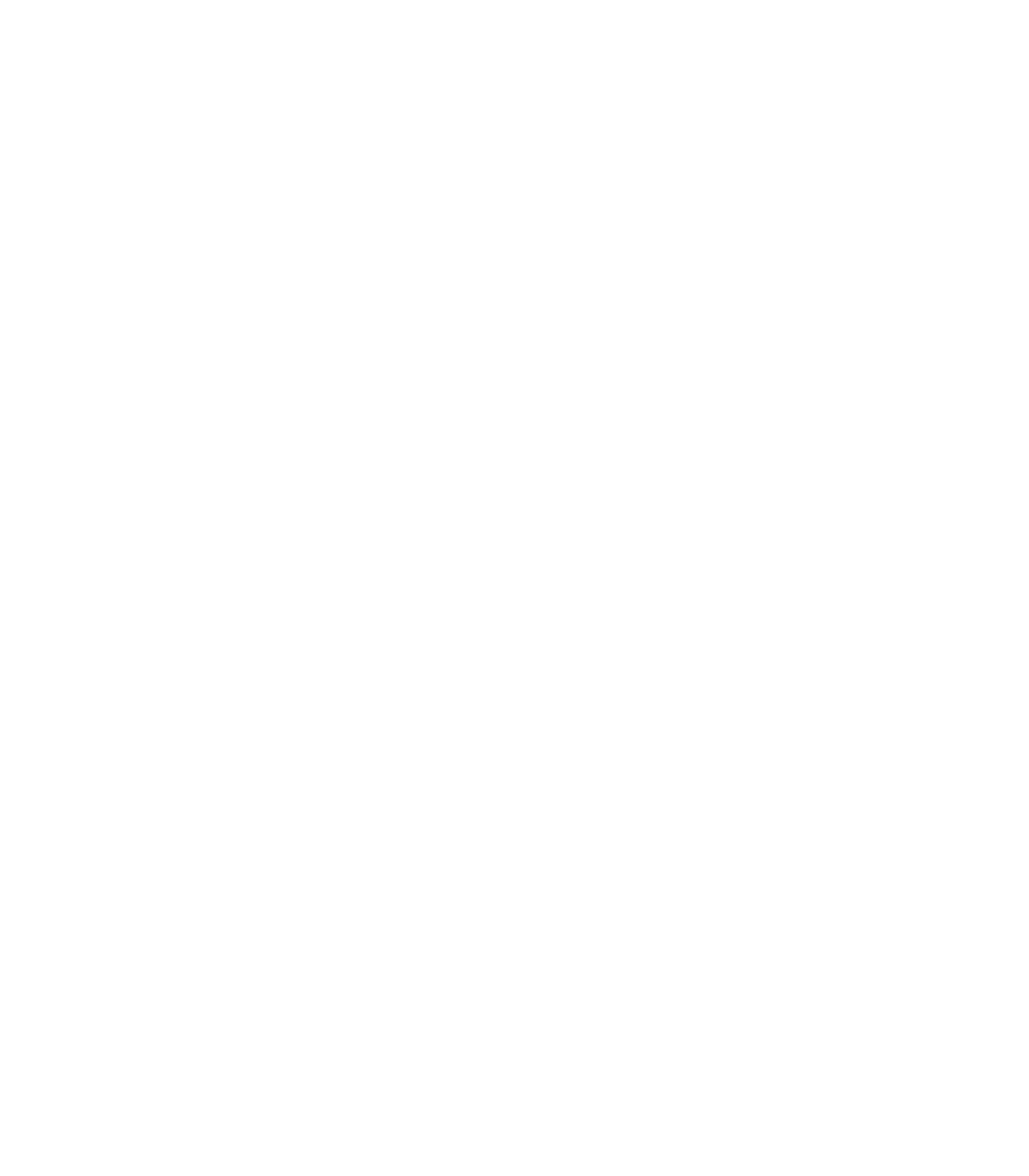 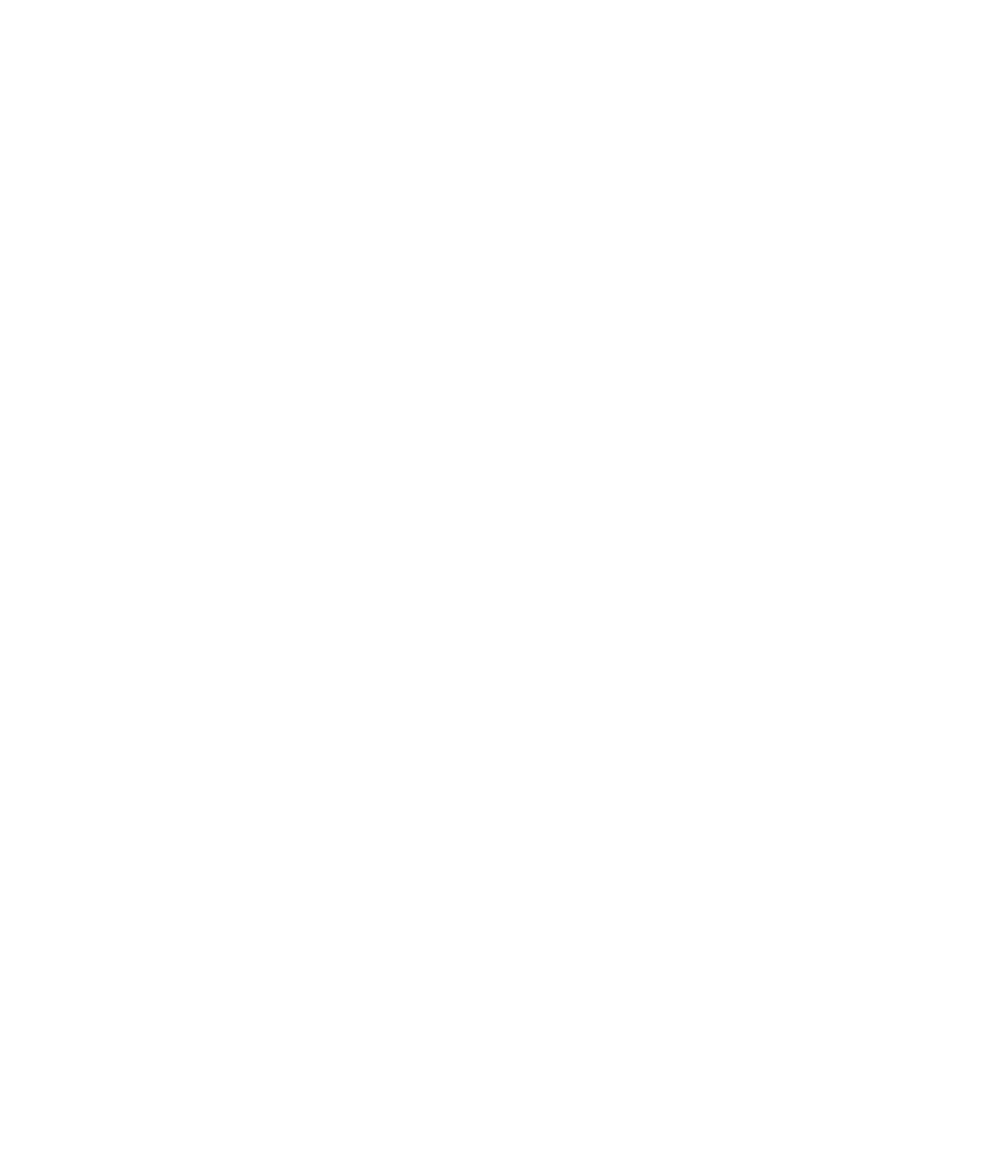 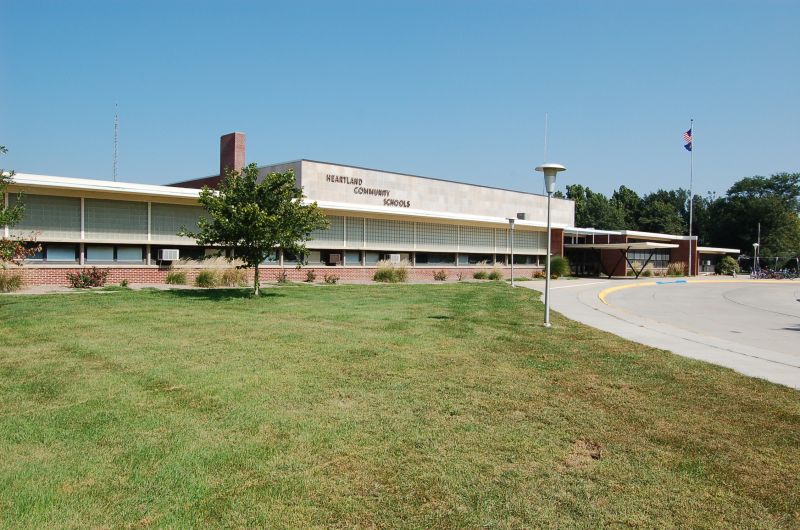 The 2007-2008 TECHS class created the following podcast about the city of Henderson.  Click on link to view the audio and video podcast.

Thirty-five families comprised the original Mennonite settlement in York and Hamilton Counties, Nebraska. They were part of a large segment who left homes in South Russia in 1874 and began the trek that took them to the American plains. Originally from Holland, these people, who believed in peace as a way of life, had gone to Russia and finally to the Crimea in 1790. When their privileges of military exemption and religious freedom were threatened, thousands emigrated to North America.

The Mennonite immigrants purchased land from the Burlington and Missouri River Railroad. Generous in its services, the R. R. Company erected an immigrant house which provided shelter until individual homes were built. Its location is designated by a commemorative marker one mile east of this site. By 1878 approximately eighty families lived in the settlement, and a town established in 1887 was named in honor of David Henderson, an earlier homesteader. Faith in God and a spirit of perseverance sustained these settlers through difficult experiences.

When deep-well irrigation became widespread in this area in the 1930's, fields of corn replaced the famous Turkey Red hard winter wheat Mennonites had brought from Russia. A new era in agriculture and industry had begun. 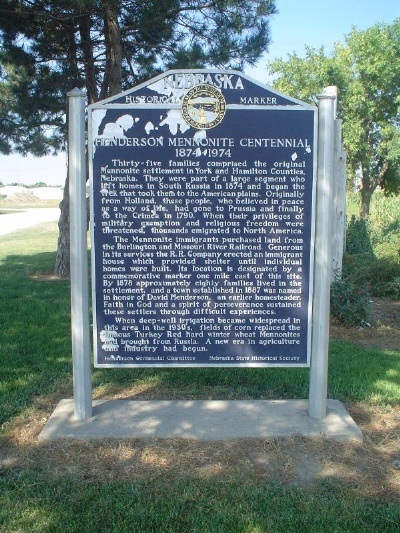 The Farmers' Valley Cemetery, founded in 1876 on land donated by John Brown, is the final resting place of many pioneers of Hamilton County. On three sides winds the Big Blue River, along whose banks the first settlers in the county built their soddies and log houses.

Among the historic graves at Farmers Valley are those of nine Civil War veterans; Marion Littlefield, killed by Indians at Pebble Creek; Mary Kaily and her child, frozen in the l873 Easter Blizzard; and Perry Reed, Nebraska State Senator. 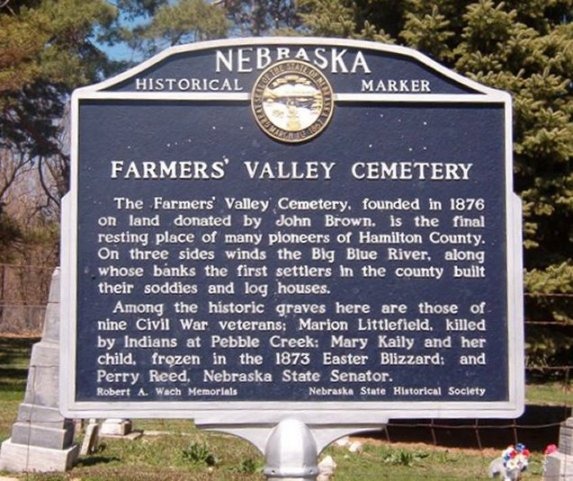 The Mennonites originated in the reformation which swept through the Catholic Church in the first half of the sixteenth century.  Because of their independent way of thinking, the Swiss people were among the first to break away from the Catholic Church.  Ulrich Zwingli was the leading reformer in Zurich and wanted to make changes in basic theology.   He was the first to translate the Bible into German and make it available for the people to read.  There were a few within Zwingli's reform disagreed with many of his teachings.  They became best recognized on their position on baptism.  They could find no place in the Bible that commanded for infant baptism.  Most had been baptized at birth and were then baptized again as adults.  This gave them the name Anabaptists which means "again-baptizers."

Because the Anabaptists had such different beliefs they were feared and hated.  Only a few weeks after a group of Anabaptists, led by Conrad Grebel and George Blaurock, defied the church by rebaptizing each other, they were expelled from Zurich.  The group than took their teachings to smaller towns around the city.  However, only a year later Conrad Grebel died of the plague.

Blaurock, Manz and Michael Sattler became the most prominant leaders for the Anabaptist cause.    Felix Manz knew Hebrew and helped translate Bibles for those around him.   George Blaurock preached his teachings throughout Switzerland and is said to have baptized over 1,000 converts.  Michael Sattler helped start several congregations and led in the writing of the Schleitheim confession, probably the most important Anabaptist statement of doctrine.

Because of the threat the Anabaptist gave to the reformist,   there became efforts to limit and destroy it.  Felix Manz was made the first of a long line of martyrs.  With his hands tied securely to his knees, he was taken in a boat onto the Limmat River.   A Reformed Church priest rode along to give Felix a final opportunity to recant.   While his mother and sister ran along the bands of the river shouting encouragement, "Hold fast to the faith; Don't give in to their wiles," Felix Manz refused to recant.  Abruptly he was thrown into the water and drowned.  His final words were, "Into Thy hands, Father, I commend my spirit."

The Anabaptist teachings spread quickly throughout Europe as far south as Vienna and as far north as the Netherlands.  In many places almost entire Catholic churches lost their members to the Anabaptists.  There basic beliefs other than adult baptism included, separation of church and state, reading the Bible, and living as the apostolic church did in the first century after Christ:  individual freedom of conscience, the Sermon on the Mount as a guide to their social relationships, refusal to bear arms in war or as self defense, and occasional washing of feet.

The worst of the persecution began in 1530 mostly as a result of the Anabaptists pacifistic view.   It continued with varying intensity and in different lands for over 200 years.   Because of it, many Anabaptists were forced to hold secret underground meetings and others moved to distant countries where they would be allowed to live peacefully.   Eventually the continuous persecution, or the threat of it, made the Anabaptists less eager to publicize their faith and within a few hundred years they became known as "Die stille im Lande" or "the quiet in the land."

The Anabaptists became known as Mennonites after Menno Simons who was a priest from the Netherlands.  To our good fortune Simmons was blessed with an open mind and a tender conscience because when the the question of infant baptism was raised he was willing to search the scriptures.  Upon this search he discovered there was no backing to what the Catholic church was practicing.  Finally a crisis forced Simmons to make a decision.  A large number of Anabaptists had gathered in the city of Munster in expectation of the immediate return of Christ.  In anticipation of this event they abandoned their nonresistant principles and fought off attacks by the state militia.   In the ensuing battle the city was overwhelmed.  Most of the Anabaptists were killed and Menno Simons' brother was among them.  Simons began to seriously reflect upon his place in the church and in 1536 he broke away from the Catholic church and joined the Anabaptists.  Soon he became their leader and as so was singled out as a marked man.  Being able to read Latin and study the scripture Simons wrote many tracts and letters.  All of his writings are collected in the book, "The Complete Writings of Menno Simons."  Simons also did much travelling, encouraging small churches.

The number of martyrs between 1525 and the death of the last Dutch martyr in 1574 was estimated at 1,500 to 2,500.  Menno Simons, his wife Gertrude, son, and two daughters were frequently forced to move to safety.  In 1539 a friend of Simons' was executed for giving Simons refuge.  Menno died at age 66 in 1561 after having been preceded in death by his wife and two of his children.  Years later Anabaptists renamed themselves Mennonites after Menno Simons.

Migration was a common theme to the Mennonites.  They moved often to avoid persecution and to gain religious freedom.  They moved to different cities along to Rhine River, into Prussia and later moved to Russia before coming to the United States where they would find their freedom.

The Journey From Russia To America

In 1870 rumors began floating around to the small Russian towns, where the Mennonites lived, that St. Petersburg was secretly revoking the Mennonite Privilegium, freedom of religion and freedom from the draft.  They became so persistent and widespread that they could no longer be ignored so in 1871 the Mennonites sent representatives to St. Petersburg to plead their case.  In the meantime, however, Cornelius Janzen wrote letters to America to find out of the potentials for settlement there.  In midyear of 1882 four men were sent to America on an inspection tour.  Then in September of the same year the Alexanderwohl church decided to send delegation to America to get first had facts about the land and the risks in settling there.

In April and May of 1873, 12 men representing seven different Mennonite colonies were sent in three groups to the United States.  They were met there by William Hespeler, representative of the Canadian immigration agency to help them choose Canadian lands and Jacob Shantz, a Mennonite business man who helped promote with the delegates.  With the help of these men the delegates traveled the Dakotas, southern Canada,  Nebraska, Kansas, and Texas surveying the land.  By the end of August the delegates were back at New York ready to return home and report their news.   While there, they met Cornelius Janzen who was forced to leave Russia because he was too active in promoting the move to America.   Janzen met a number of immigrants at the New York harbor to help them begin life in the United States.  He was a large contributor to the success of the  migration of the Mennonites.

When the men return to Russia, some families had already left for America.  Those still there called a meeting to decide whether or not to migrate.   The vote was almost unanimous in favor of leaving Russia.  And so the preparations began.  Before the Mennonites left they had to sell their land, obtain a pass to leave the country, and find the money to pay not only for the ship passage, but for the pass to leave Russia which was increased in price in atempt to keep the Mennonites from leaving.  Through the winter and early spring of 1874 food was prepared and chests and cases were built.

By July of 1874, the Mennonites had received their passes and the journey began.  They were divided into four groups and they made passage on two ships:  the S.S. Cimbria and the S.S. Teutonia.  The Henderson Mennonites were in the second or third group and they left  on the S.S. Teutonia on Sunday August 16, 1874 at 8:00 AM.  A grand total of 980 passengers sailed on that ship.  Many trials were endured upon the ship, one including a fire, but all turned out for the best when on September 2nd at 12 noon the S.S. Teutonia arrived at the New York harbor.   The were met by Cornelius Janzen whom was familiar with the immigration procedures.   The next day was filled with inspection and health checks which everyone passed.

The remainder of the trip was by train and on September 8 the Mennonites had arrived in Lincoln, Nebraska.  The immigrants went their separate ways.  Some had gone to Kansas or South Dakota.  Thirty-five families came to the Henderson area where they began their new life in America.  Since then Henderson has grown and now has a population of 1000 people.